DIY – Installing your own Synthetic Grass

How to install our synthetic turf correctly

Installing synthetic turf has many steps to the process.

Poison the existing grass or what’s left of the grass in your area is the first task to undertake. It’s important to remove all organic matter from the area starting with grass.

Spray the whole area making sure you use the rubber gloves spray mask and safety goggles.

After 8 days from the first spraying the grass should go all brown and be like brown carpet and will be ready to begin the dig off part of the installation.
(Place all gloves and empty poison bottle in the garbage bags.)

It’s important to kill grass all the way down the roots for long term weed free artificial grass, the the poison will make the roots shrink to a 1/10 their size and leave a cavity in the dirt, when the ground is compacted it will close this cavity and make it impossible for weeds to return.

Make sure you keep all pets and animals off the area for 3 days after each poisoning.

If it rains directly after you spray poison you will need to repeat process.

Once the grass is dead and brown you area ready to do the dig off.

Depending on the size of the area and the amount of grass and soil in the area you may need to hire a skip bin to place all the dirt and dead grass into.

If your area is 1-20 sqm you may just need wheelbarrow and spade.
20-50 sqm may need a few people with wheelbarrows and shovels and 2-3 meter skip bin.
50-100 would need mini skid steer or excavator to scrape off dead grass and soil and place in possibly 6-8 meter skip bin

When you Scrape all dead grass off the area and remove 50-80mm of of soil and or organic matter finding a solid base is important.
If you have a sandy soil 100-150 mm maybe needed to be removed to enable an extra thick layer of roadbase that will give greater stability needed of sandy soils.

NOTE: A much larger skip bin will be required if you need to remove more material.

Dig a mini trench around the perimeter of the area where you plan lay grass and clean even using a hose to wash the soil from the edges/ sides and corners.

Once all the organic matter is removed You are ready to lay the crusher dust and road base.

There are many types of Crusher dust, we prefer the blue colour as it is the most effective base for synthetic turf.
If your area is soft or clay based soil, laying down 30-50 mm of roadbase first can give you a very solid base, ensuring your installation a long term hard surface that won’t sink or go lumpy after a few years.

To calculate how many cubic meters of crusher dust and roadbase you should use the sqm of the area multiply by the thickness of the crusher and roadbase eg
100sqm x .05 (50mm) makes 5 cubic meters of crusher and roadbase.
Look for an area 5 x 5 to have the material delivered via truck make it as close as possible to the area you are installing the turf. Footpath or driveway are good choices. Place down the plastic tarp and instruct driver to tip material onto tarp , this tarp down first will help with the clean up when your finished installing the crusher dust.

Use wheelbarrow and shovel to move the roadbase around to the area in small piles in a grid pattern, then spread around with rake and screed making smooth and without lumps. Use a plate compactor to compact the whole area using the hand compactor around the perimeter ensuring all areas are compacted. At least 30mm of crusher must be used on top of the roadbase as a smooth surface for the synthetic turf to sit on. Make sure the area is smooth and has fall to the lowest part on your area to ensure the water doesn’t pool or sit in any area.

Next, go around the edges with a hand compactor, making sure all areas missed by the large motorised compactor are tamped down hard.

Next, use timber wooden float to square corners and edges around the perimeter repeat both hand compaction and timber float a number of times or until area is smooth and flat.

Now your ready to do a final measure up and lay remembering the most synthetic turf is directional and will more often than not require more turf to cover the area.

Before you begin to install the synthetic turf draw up a plan of the area with measurements to help you confirm the square meters needed to cover you area, and also help you decide the direction to lay the turfs.

Rolls generally come in 2 or 4 meter wide so when measuring up the area longest length and widest width will help you to decide which direction the turf is to be laid and which is the most economical and will require the least waste.

Depending on the size of your area the best area to cut the roll of turf maybe the driveway, roll the turf out and use the tape measure to mark out the first length you need, roll turf back up one turn and use chalk line to flick a straight edge and use the Stanley knife to cut along the chalk straight line.

Cut all the lengths you need to cover the area. The outside two stitch rows of both sides must be cut off. Make sure your cut is neat and tidy and straight making sure you don’t cross stitch rows stay between row two and three .

Roll the turf pieces out in place pulling them closer together so there is an even 2-3 mm gap between the two edges.

Once you have lined up the lengths you have laid out over your area, stand back and see if colour looks the same on all pieces you have installed, if the colour is a different shade of green then you may need to turn one piece 180 degrees so the colours match. Once you have all pieces in place and joins glued with 2-3 mm gap between backing you are ready to put 4 pins at least in the middle of each large piece to prevent the synthetic turf moving while you glue join and cut in around the edges.

Flap the joining tape underneath the turf at the join, (between two pieces) making sure the joining tape is underneath join and put a nail in either end of the tape to hold it in place while glueing. Plastic disposable applicator will apply the exact amount needed to give you best adhesion. Evenly apply the glue 2-3mm thick across the joining strip. Like a zipper, flap back the two half’s of the turf and bring them together a same time ensuring to keep fibres out of the glue as you go.

If you do get glue on the fibres remove glue by spraying wd-40 on the affected area.

Once all the joins are glued place u-pins across the joins one pin on either side of the join place them every 200-300 along the join making sure you hold fibres back from getting caught under the top hoop as you drive the pins in to the ground. Use the 150mm nails into the edges and middle of the turf at the rate of 1 per sqm.

To cut in the perimeter of the turf there are many ways to cut the edges so they are accurate one way is to roll the turf back on itself and find the point where the backing meets the edge and leave a mark on the backing move around the entire perimeter of the area cutting between the marks you have made in the edge. (We recommend you change blades on the Stanley knife regularly for a neat job)

CLEAN UP: Once you have cut in used the black garbage bags to put all the small off cuts in. Use a blower to clean al the excess and loose fibres.

Check out our video below and see what is required if you choose to install our synthetic grass yourself.

With a little bit of know-how and specialty equipment you can have any of our Turf-King products laid within a day or two.

Visit our warehouse and grab a free sample at 5 Varley Street, Yeerongpilly.

The Royal 40 range is deal for: Around the pool | Front & backyards | Courtyards | Roof top gardens | Side of the house | Under playgrounds

No comments to show.

We pride ourselves on supplying and installing the highest quality synthetic turf, which is backed by our 10 year guarantee.

With a decade of knowledge and expertise, trust us to deliver the highest level of quality-assured workmanship and service excellence.

Gain peace of mind knowing that we adhere to the highest quality and safety standards set by industry and government authorities.

Expect nothng less than the best products from top manufacturers and top-notch service from passionate and dedicated professionals.

Trust we will not just meet all your requirements within budget and on time every single time but exceed all expectations.

Be confident that we can take on any challenge as we have woked on thousands of projects throughout the years. 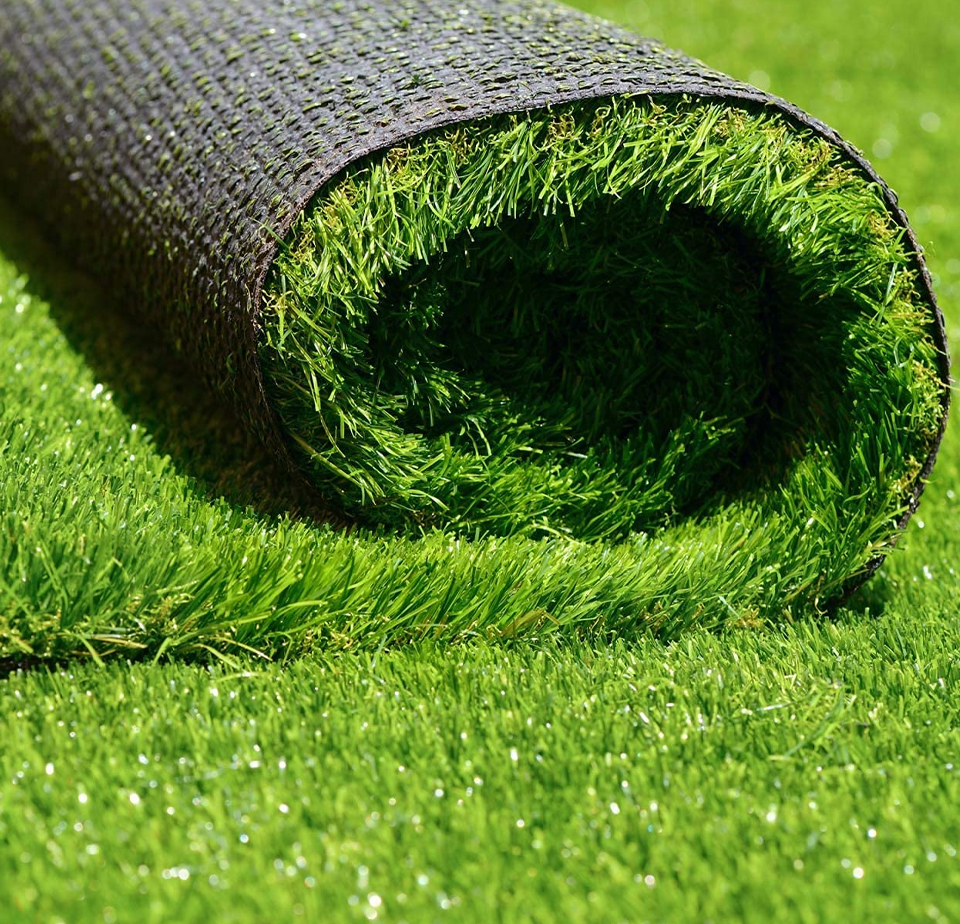 Just fill in the details below and we will organise a time for
you to pick up your sample.